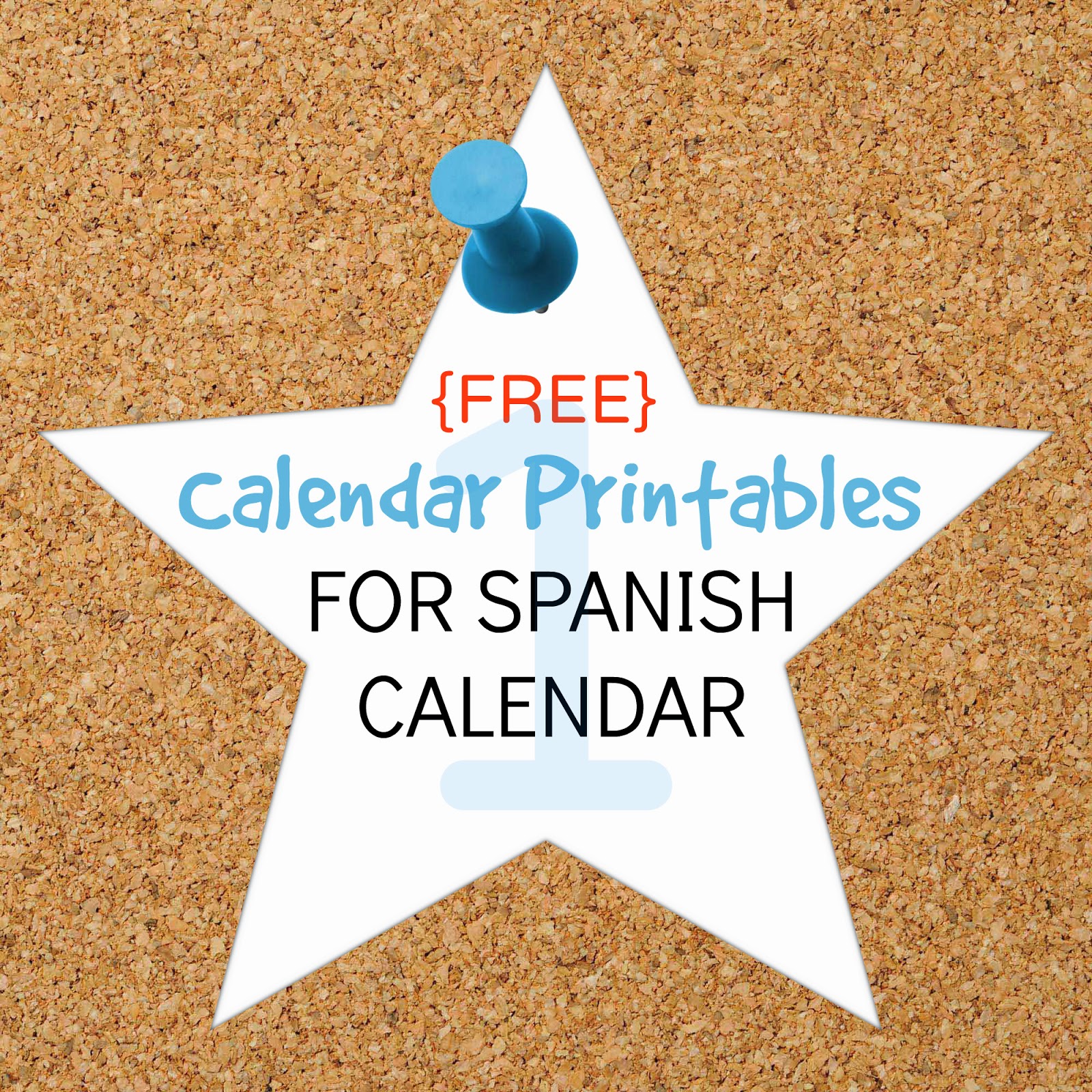 One of my favorite parts of our morning preschool routine at home is calendar.  During calendar we practice our Spanish numbers, patterning, days of the week, months of the year, colors, and other month-related vocabulary like apples, pumpkins, and Christmas!  I wanted to offer free calendar printables here so that anyone who wants to, can join us this year learning Spanish with calendar time.  Instead of taking hours to design my own, I went on a search.  And you know what?  There are tons of awesome blogs out there that share awesome free stuff for calendar time!  I gathered them all here for you, so you can stop back by at the end of each month and print your new calendar pieces for the new month.  Numerals in Spanish and English are the same, so the only part of the printable that does not work for learning Spanish will be the names of the month.  I have also included my own printable I made with Spanish months of the year that you can use as headers for your calendar if you want.  You can also do what we do, and have the kids design fun crafts with the month’s theme and use that as the header, and then just write the Spanish name of the month on the craft.

Be sure to scroll down if you want help or practice saying the days of the week and months of the year in Spanish!

Fun Facts! Days of the Week and Months of the Year are not capitalized in Spanish. Also, in the Spanish calendar the first day of the week is lunes (Monday).