Children’s Books to Get You Started

The best way we learn as children–through literature–is also one of the best ways to start learning a new language!  I love children’s literature, and reading it in Spanish is just as fun, especially because I get to practive my Spanish that way.  Here is a list of four books I have enjoyed and learned from… 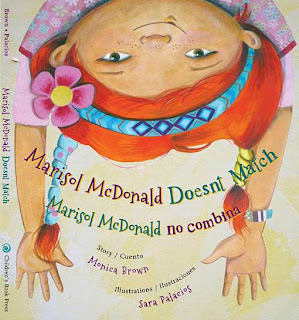 I found this book recently at our local library.  This story goes beyond learning things like numbers or colors in Spanish, and tells a fun, rythmic story about Marisol, a very original, to-the-beat-of-her-own-drum kind of girl.  Each page has the story written in English and Spanish….bilingual books are great to help you understand the story when reading it in Spanish; however, remember that Spanish and English do not always use the same expressions and translation are not written word for word.  So if you are curious to know a certain Spanish word you see on the page, look it up in a Spanish-English dictionary like www.wordreference.com. 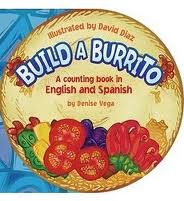 Another fun bilingual book is Build a Burrito.  This story provides an entertaining way to practice counting to ten in English and Spanish.  You can also learn some fun new vocabulary words about food–like tomatoes, meat, cheese, and everything else that tastes delicious stuffed in a burrito!  The pages are even shaped like the food–this book is great for the younger set. 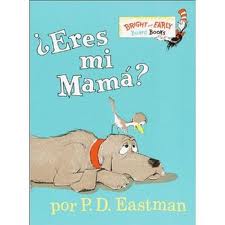 You might be familiar with this story about the little bird who falls out of his nest and has to search to find his mother.  This story will help you practice using verbs in the past tense, using the verb ser in the present tense and using vocab centered around birdiness.  Author P.D. Eastman wrote this book in English, but you can buy a Spanish version.  I almost prefer this method to bilingual books, especially with well-known stories, because we have a tendency to want to translate word-for-word, but if we read a well-known book completely in Spanish, we will do better to learn the Spanish instead of trying to translate from English to Spanish.  In other words, we are learning and hearing the story purely in Spanish, instead of being sidetracked by translating.  You can find Spanish versions to many classic children’s stories like Goodnight Moon, The Very Hungry Caterpillar, and more. 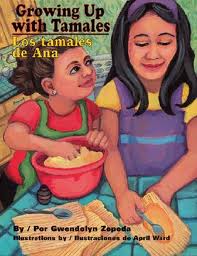 I found this book about a year ago, and it is one of my favorites!  I love that it highlights the Mexican tradition of making tamales.  In the story, we see a young girl wanting to make tamales like her mother and sister, and each year she grows older she gets a few more tamale responsibilities, until finally she can make them all on her own.  This story is great for practicing the future tense in Spanish, because the narrator talks about what she will be able to do next year when they make tamales.  (Notice even in the title, how bilingual translations are not word-for-word; Growing Up with Tamales is translated to Los tamales de Ana which means “Ana’s Tamales.”)  Happy bilinualing!